Showing posts from June, 2018
Show all

PRA GenMeet and Elections for 2018 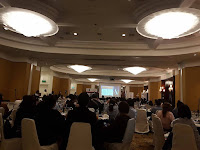 On 28 June 2018 at the Garden Ballroom of EDSA Shangri-La in Mandaluyong City, the Philippine Retailers Association (PRA) held its 2Q Meeting-cum-Annual Elections of its Board. Keynote speaker was DTI Sec. Ramon Lopez who spoke on the latest DTI laws and policies that affect the retail industry. The elections resulted in Wilcon Builder’s Rose Bosch Ong becoming PRA’s president-elect and as its Chairman, Atty. Paul Santos.
Post a Comment
Read more 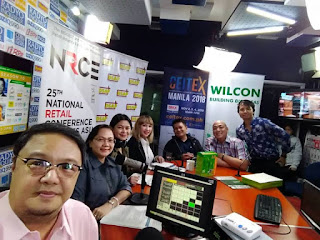 In another episode of Talk Shop Asia over Radio TV Inquirer on 24 June 2018, PAGASA as a co-organizer again guested over the program with PAGASA being represented by its Treasurer Mykel Teodoro (2-R). It was another lively discussion on retail developments in and around the country.
Post a Comment
Read more 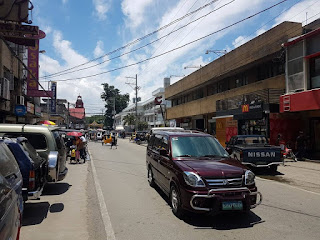 STC decided to make a trip to Cagayan Province up north and visited PAGASA Member Candice Megamart run by PAGASA P.R.O. Edna Ontiveros and son Cyrus.  On the bright morning of 23 June 2018, he made the rounds of Tuguegarao’s city proper and its historic tour sites like the Callao Caves (where later on rchaeologists have found a foot bone that could prove the Philippines was first settled by humans 67,000 years ago, thousands of years earlier than previously thought.).
Post a Comment
Read more 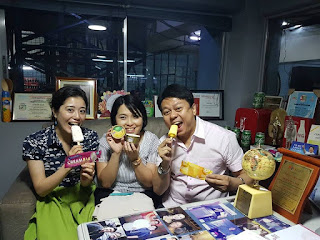 On 19 June 2018, Ms. Misako Kanaya (in stripes) of the NNA Research Group of Kyoda News from Tokyo, Japan visited the offices of PAGASA to interview Mr.Steven Cua regarding the state of the Philippine market for frozen products such as ice cream drops/delights given the huge consumer base.  They were in the country for some 11 days to study the feasibility of bringing in Japanese ice cream delights most likely after seeing the success of their Korean counterpart in penetrating the local market.
Post a Comment
Read more
More posts