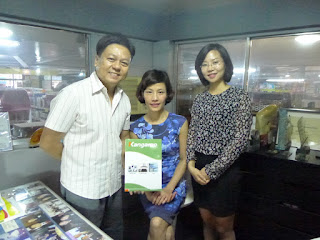 On 29 June 2016, one of Vietnam’s premier manufacturers of home and kitchen appliances, Kangaroo, visited the PAGASA Office to inquire about the retail market in the Philippines and possible leads for distributorship of their products in this country.  Seated between STC and Amber Lee (handling Phil. market) is Ms. Tran Thi Que/Dir. for International Business Development of Kangaroo Appliances.
1 comment:
Email ThisBlogThis!Share to TwitterShare to FacebookShare to Pinterest 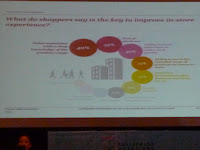 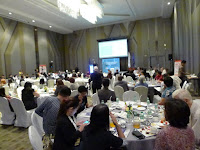 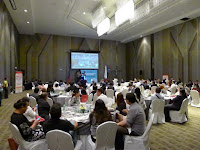 At the newly-constructed Novotel at the Araneta Center, the Philippine Retailers Association held its 2/Q General Membership Meeting-cum-Election of Board Members on 28 June 2016.  Guest Speaker for this gathering was Partner of Pricewaterhouse Coopers, Mary Jade T. Roxas-Divinagracia, CFA and she spoke on the latest findings on consumer behavior.  Among which she says that China is leading the way in online purchases given the growth of ownership of smartphones; 40% of Phil. customers still look for service from sales assistants as the biggest factor in determining choice of store to shop in; talent, stock availability and promo personalization are key retail differentiators; and that today’s consumers look to community mainly for exclusive offers and promos, among many other findings.  The PRA voted for its fresh batch of 16 Board Members from 19 candidates who filed their candidacy to run for the Board this year.
No comments:
Email ThisBlogThis!Share to TwitterShare to FacebookShare to Pinterest 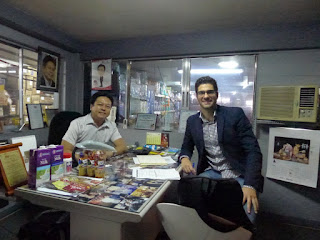 Senior Àlvaro Espejo, Consultancy & Training Manager of OPERA Global Business, a consultancy firm doing a global market study for white hog meat of Spain, visited PAGASA’s office on 16 June 2016 to assess the possibility of selling white hog meat to local supermarkets. Aside from supermarkets, they were looking for options as to where to market fine Spanish tapas and white hog meat given the Philippines’ growing market.
1 comment:
Email ThisBlogThis!Share to TwitterShare to FacebookShare to Pinterest

PAGASA THANKS THE PRA FOR YEARS OF PARTNERSHIP 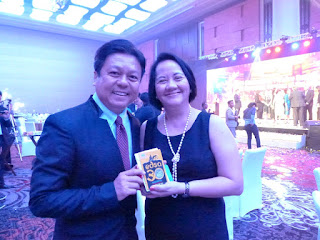 On the eve of 16 June 2016, PAGASA’s STC thanks PRA’s Secretary-General Ms. Evelyn Balme-Salire for years of cooperation between the PRA and PAGASA resulting in mutual advantages for both organizations. STC awarded Ms. Salire with a 30th Anniversary Commemorative Coin of the EDSA Revolution minted by the Bangko Sentral ng Pilipinas (BSP). This is in line with the fact that PAGASA was organized immediately after EDSA Revolution; thus, the acronym PAGASA. As such, PAGASA is also celebrating its 30th Year of Service to its Members in particular and Service to the Buying Public in general.
No comments:
Email ThisBlogThis!Share to TwitterShare to FacebookShare to Pinterest

RETAILER OF THE YEAR AWARDS FOR 2016

The Phil. Retailers Assn. (PRA) holds its 2016 Edition of the Retailer of the Year Awards on the eve of 16 June 2016 at the Marriott Grand Ballroom.  PAGASA’s STC was honored to have been invited as one of the presenters for the awards for Specialty Stores (under the small, medium, large & mega- categories) together with Suyen’s (makers of Bench) Tintin Montinola. Among the winners for this year were Urban Athlete, Pet Express and The Travel Club. Winners for all categories posed at the end of the Affair and STC was able to take a shot with this year’s President’s Award for Retailer of the Year (as SME-focused Retailer)> Puregold Group of Retail Establishments’ Chairman Mr. Lucio Co.

No comments:
Email ThisBlogThis!Share to TwitterShare to FacebookShare to Pinterest

PRA PREPARES FOR NRCE 2016 AT THE SMX 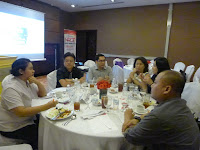 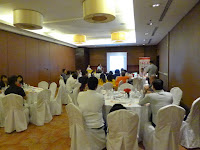 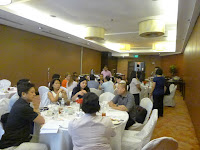 The Phil. Retailers Assn. (PRA) invited the organizers of the upcoming National Retailers Conference and Exhibitions (NRCE) to a Meeting at the Crowne Plaza on 15 June 2016.  The Meeting was set to thresh out matters relating to the Conference given the fact that PRA has not held such a Gathering for the last two years to prepare/give way to the Asia-Pacific Retailers Conference & Exh. (APRCE) held here in October last year.  STC represented PAGASA at this Meeting to give his support and two-cents’ worth. After the presentation on the theme of this year’s Conference, participants broke down into committees. PAGASA joins as organizer once more for the Promotions and Publicity Committee of this year’s event.
1 comment:
Email ThisBlogThis!Share to TwitterShare to FacebookShare to Pinterest 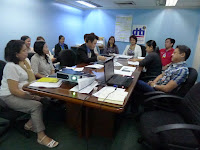 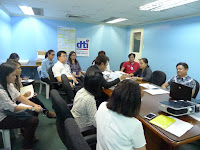 On 14 June 2016, the Bagwis NCC held a Meeting to deliberate on the latest batch of nominees which included quite a number of SaveMore Market outlets and two SM Supermarkets on top of some regional outlets like PAGASA’s Lee Super Plaza (in Dumaguete, Negros Oriental and Zamboanga City).  Bagwis is a Filipino word meaning “wings.”  It is symbolic of high-flying level of serviceability of an establishment as gauged by the DTI’s Consumer Protection Advocacy Bureau (CPAB).  It is a Seal of Good Housekeeping advocated by the said agency. Heading deliberations is CPAB Acting Director Lilian Salonga (at the head of the table) and a representative from the Bureau of Product Standards (BPS), Mr. Mario Gaudiano (guy with black coat across STC). Also represented is PCCI and PCCTA’s Fidian Ples.
No comments:
Email ThisBlogThis!Share to TwitterShare to FacebookShare to Pinterest