CIRCULATION OF COINS IN THE ECONOMY

This time, the Currency Management Sub-sector for Coins of the Bangko Sentral ng Pilipinas (BSP) called for a meeting with retailers regarding the status/supply of coins in circulation, a review of the need for all denominations of coins currently in circulation, rounding off of total purchase of goods to avoid change using small denominations and continuing assessment for the need for coin collection/sorting machines in our economy. Heading the meeting is the Managing Director for said Sub-sector, Ms. Carlyn A. Pangilinan seated at the head of the table arrangement.  Meeting took place at the Executive Business Center- Visayas Room of the BSP’s Head Office along Roxas Blvd. on 22 April 2016.

No comments:
Email ThisBlogThis!Share to TwitterShare to FacebookShare to Pinterest
Labels: BSP

The Men (and Women) from La Mancha

In the fine tradition of Don Quixote, La Cámara> Camara official de Comercio de España en Filipinas (Spanish Chamber of Commerce in the Phils.) brings to the Philippines through its partner IPEX (Instituto de Promoción Exterior de Castilla-La Mancha) the fine wines, olive oil and cheeses of this region in the Iberian Peninsula. PAGASA was invited to its afternoon exhibit at Parañaque Room of the Makati Shangrila on 20 April 2016. 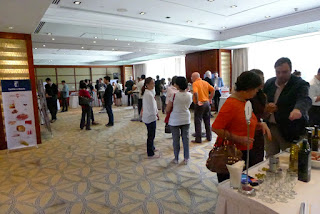 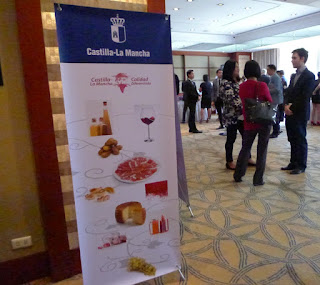 On 16 April 2016, PAGASA Pres. STC was honored to have been invited as one of the Guest Speakers at the Paragon Business Summit of Ateneo’s student organization Celadon.  It was held at the Leong Hall inside campus. He spoke on the advantage of being active in worthy organizations to enrich one’s life and career. Other speakers were George Chua/Pres.-Bayan Automotive Industries Corp./FINEX/Fed. of Phil. Industries; Liwayway Marketing Corp.’s Heinrich Cochien/Corp. Affairs Officer; Melissa Yap/Got Heart Foundation & Earth Kitchen; and the Team from Kalibrr>digital job-finder.

No comments:
Email ThisBlogThis!Share to TwitterShare to FacebookShare to Pinterest
Labels: Celadon Event 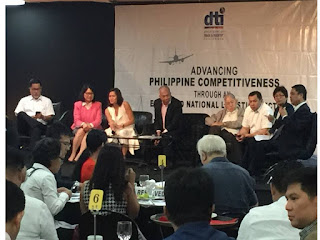 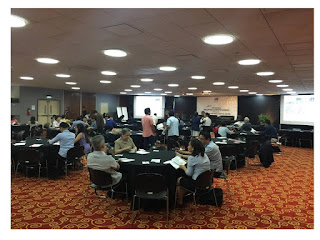 On 7 April 2016, Dir. Myke Teodoro represented PAGASA at the Dialogue on Logistics handled by DTI’s Supply Chain and Logistics Mgt. Div. and the National Competitiveness Council of the Phils. headed by Mr. Guillermo “Bill” Luz at the Asian Institute of Management. Also in the panel were Fed. of Phil. Industries Chairman Emeritus Meneleo Carlos and other stakeholders concerned with the worsening traffic situation in the country. It was hosted by Mr. Gus Lagman and Customs Comm. Alberto D. Lina. Study by the AIM shows that government should increase capacities and optimize the usage of ports at Subic and Batangas; and the international airport at Clark. It should upgrade existing airports all over the country to accommodate bigger aircraft for cargo and people. There is need to decongest the different metropolitan areas and speed up the upgrade of road and mass transport systems.
No comments:
Email ThisBlogThis!Share to TwitterShare to FacebookShare to Pinterest

INTERPORC (Interprofesional Porcino de Capa Blanca) is the biggest organization of white hog raisers in Spain. It is a major sponsor for the annual tradeshow called Madrid Fusion Manila to be held at the SMX on 7-9 April 2016. On 5 April, they hosted lunch with the help of the Embassy of Spain in Manila to showcase their Jamon to select guests. PAGASA’s STC was privileged to have been invited as one of the guests at the Gallery Room of VASK Modern Tapas, voted by “Asia’s 50 Best Restaurants” as the Best Restaurant in the Philippines and the 39th Best in Asia for their 2016 List. To make the event special, they brought in Chef Ivan Cerdeño of Toledo (who earned his 1-star from Michelin within the 1st year of operation of his resto) and Señora Carolina Vives, Master Ham Carver. STC was also honored to have a shot taken with His Excellency Ambassador Luis Calvo of the Philippine Embassy of Spain.