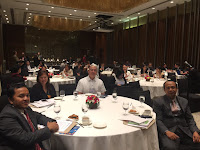 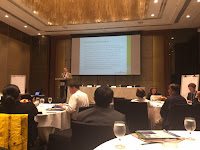 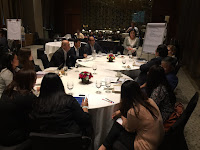 PAGASA’s Officer Myke Teodoro attended a 2-day Workshop from 27-28 July 2017 on Capacity Building for SME’s on Competition Policy and Law at the Marco Polo Hotel in Pasig. The workshop aimed to create an action plan for the Philippine Competition Commission (PCC) meant specifically for SME's. Foreign delegates who attended this Event flew in from different Asia and Pacific countries like Japan, Indonesia, Papua New Guinea, Australia, Thailand, etc. from both government and
No comments:
Email ThisBlogThis!Share to TwitterShare to FacebookShare to Pinterest
Labels: APEC, msme 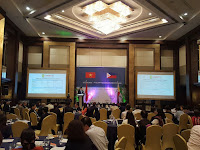 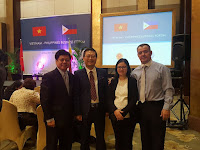 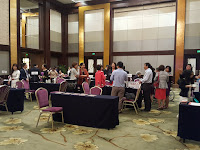 The Vietnamese Embassy in the Philippines held a Forum and brought in Businesses from Vietnam keen on supplying the Philippine market.  STC takes a photo with the new Vietnamese Ambassador H.E. Ly Quoc Tuan and his hardworking Commercial Counselor Ms. Vu Viet Nga with a foreign visitor.  After lunch, the program on 28 July 2017 at the Diamond Hotel focused on Business Matching between invited local businessmen and
their counterparts from Vietnam.
No comments:
Email ThisBlogThis!Share to TwitterShare to FacebookShare to Pinterest
Labels: forum, Vietnam

RETAILERS OF THE YEAR AWARDS NIGHT 2017

On the night of 26 July 2017, the PRA held the Retailer of the Year Awards at the Grand Ballroom of the Solaire Hotel and Casino.  At the audience were the Who’s Who of the Retail World in the Philippines including past PAGASA GenMeet hosts (L-R) Patrick Cua/A.C. Nielsen, Victor Javier/e-Ripple and Bernard Chua/formerly of Hewlett-Packard and now with Amazon Web Services (in pic with PAGASA Dir. Robert Go/Prince Retail Group and STC).  Special Guest of Honor is DTI Sec. Ramon Lopez who urged retailers in Mindanao to provide displaced Maranaw businessmen with some store space to do business with at favorable rates and asked retailers to look into the Halal Business. Invited Presenters of the Awards that evening were Robert Go who is also currently the President of the Cebu Retailers Association&gt an affiliate of the PRA and STC who is partnered with DTI’s Dir. Lilian Salonga. The evening ended with a bang to celebrate the winners for the year.

No comments:
Email ThisBlogThis!Share to TwitterShare to FacebookShare to Pinterest
Labels: PRA, retailers 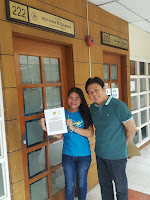 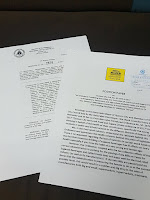 On 21 July 2017, the local Government of Quezon City published on a daily regarding an Ordinance banning food stores located a hundred meters from public or private schools (from pre-school to high school) from selling and/or promoting “junk foods and sugary drinks.” The Association itself received a soft copy of the local Ordinance only on 31 July.  As such, PAGASA wrote the City Mayor and primary sponsor of the Bill Councilor Irene R. Belmonte a Position Paper regarding this Prohibition and the fact that stakeholders were not invited to comment on the Bill.  Position Paper was submitted to the office of the good Councilor and received at 1:30pm on 16 August 2017 by her staff Ms. Rose Lapada.
No comments:
Email ThisBlogThis!Share to TwitterShare to FacebookShare to Pinterest
Labels: anti-junk

AL JAZEERA INTERVIEWS PAGASA REGARDING STATE OF THE ECONOMY 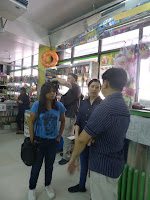 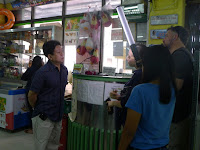 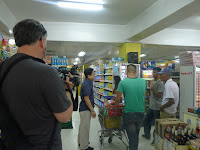 Qatar-based Al Jazeera visited one of the supermarkets of PAGASA Pres. Steven T. Cua to interview him regarding the state of retail economy on 20 July 2017 just four days short of President Duterte’s State of the Nation address in Congress.  They wanted to feature in their news how local business people are taking to the rather radical approach of the current administration to solving the perceived ills of society.  Of course, STC told it like it is both with the good and the bad; how the President is coping given his campaign promises with unorthodox solutions yet finding difficulty to rid society of age-old menaces.  At the same time, unwelcome remarks as well as perceived security problems are hindering foreign tourists from finding the Philippines to be the safe heaven it used to be before the strife in Marawi and the drug issue in the urban centers. Foreign investors are focusing on how the economy is holding up a year into the administration of President Duterte.
No comments:
Email ThisBlogThis!Share to TwitterShare to FacebookShare to Pinterest
Labels: retail, retail economy
Newer Posts Older Posts Home
Subscribe to: Posts (Atom)