Showing posts from May, 2016
Show all

PAGASA ON WEBINAR FOR UKTI 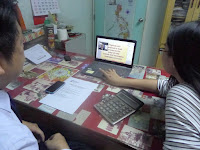 PAGASA’s STC was invited as Resource Person for a Webinar on: “Exploring Opportunities in the Phil. Food and Beverage Industry” on 23 May 2016. Moderating for the Webinar is the Chairman of the British Chamber of Commerce Philippines (BCCP)> Mr. Chris Nelson.  STC presented a Powerpoint Presentation before answering questions from British investors/businessmen. This is a joint project between BCCP and United Kingdom Trade & Investment (UKTI)> jointly operated by the Foreign Office and the Department of Trade & Industry in England.
Post a Comment
Read more 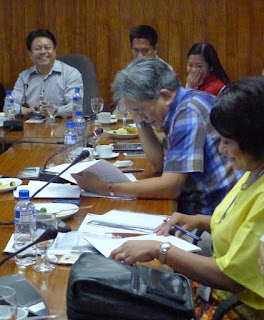 At a Meeting called by DTI's Consumer Protection and Advocacy Bureau (CPAB) on 2 May 2016 at the Center Conference Room of the Trade & Industry Building in Makati, manufacturers and retailers were briefed by the Phil. Atmospheric, Geophysical and Astronomical Services Administration (PAGASA) regarding the status of El Niño in the country. The country is experiencing intense heat and it is affecting the crops in the countryside. For April, 39 provinces have declared a state of emergency.  Around 31 will be affected by May and 13 by June as the climate slowly becomes cooler.  However, the potential ill effects of La Niña is waiting by the bend as "PAGASA" states that this phenomenon always ensues following an El Niño. An El Niño/La Niña year takes place around every five years but climate change is erratic now due to global warming. DTI has monitored the areas declaring a price freeze in view of the havoc brought about by drought on fresh produce. It called th
Post a Comment
Read more 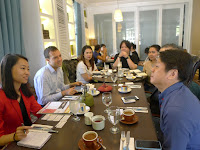 On the morning of 13 May 2016, Nick Miles, Head of Asian Research and Jenny Li of IGD (U.K.), a global food and consumer goods expert spoke with PAGASA’s STC and PRA’s Atty. Paul Santos regarding the state of food retailing in the country. The two researchers are on an Asian tour to update themselves and their 900 member-subscribers about the goings-on in Asia and the Philippines in particular where their clients seem to have a lot of interest in.
Post a Comment
Read more 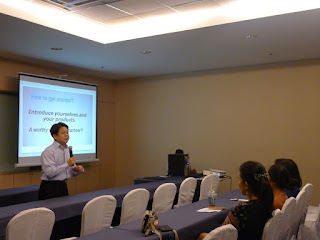 PAGASA was invited to give a talk on “How to Get Your Products on Supermarket Shelves” on 8 May 2016 at the SMX Seminar Rooms 8 & 9. The Session served as a free consultation for would-be suppliers in “guaranteeing” a higher rate of success when they approach supermarket operators with their offers. This talk is one of those organized during the 3-day Phil. Food Expo by the Phil. Food Processors and Exporters Organization, Inc. (PHILFOODEX) and the Philippine Exporters Confederation, Inc. (PHILEXPORT). Before exporting the goods by food processors, most of them would like to try them on the local market thus the need to enter supermarkets.
Post a Comment
Read more
More posts